Millipedes are arthropods that have two pairs of legs per segment (except for the first segment behind the head which does not have any appendages at all, and the next few which only have one pair of legs). Each segment that has two pairs of legs is a result of two single segments fused together as one. Most millipedes have very elongated cylindrical bodies, although some are flattened dorso-ventrally, while pill millipedes are shorter and can roll into a ball, like a pillbug. The millipede’s most obvious feature is its large number of legs. Having very many short legs makes millipedes rather slow, but they are powerful burrowers.

They live outdoors and are commonly found in leaf litter, landscape mulch, lawns, and under items in contact with the ground. If indoors, they may survive in moist areas of garages, crawl spaces, and basements.

Seal cracks in foundation, windows, and doors. Reduce the amount of leaves and mulch near your home. 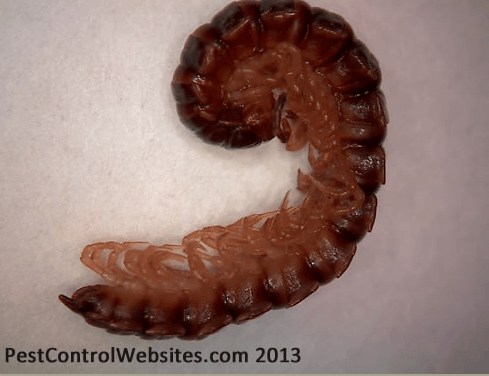