The flour beetles enjoy wheat and other grains and are adapted to survive in very dry environments. They have a voracious appetite for stored cereals and nuts, annually causing millions of dollars in damage.

They are common in processed grain. Their flattened body allows them to make their way into almost any package. Flour and other processed foods heavily infested by these beetles often develop a gray tint.

Red flour beetle flies and can invade via an outside food source.

Food products need to be inspected for signs of infestation, including cereals, and packaged dried foods.

They are a major pest in the agricultural industry and are highly resistant to insecticides. 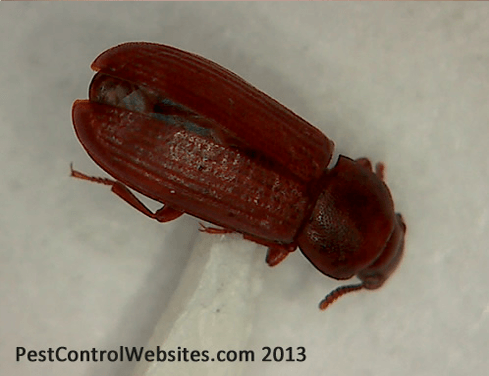