The German cockroach is found throughout the world in association with humans. German cockroaches adulterate food or food products with their feces and defensive secretions, physically transport and often harbor pathogenic organisms, may cause severe allergic responses, and in extremely heavy infestations have been reported to bite humans and feed on food residues on the faces of sleeping humans. In addition, some scientists suggest that German cockroach infestations may cause human psychological stress and that the stigma associated with infestations alters human behavior.

Caulking the cracks, crevices, and holes in the house so the roaches can’t walk right in is the first step in control.

Ruins food stuff. Most cockroaches live outside and help to decay organic matter. Believed to spread disease, but contrary to popular opinion, they rarely if ever spread human disease. 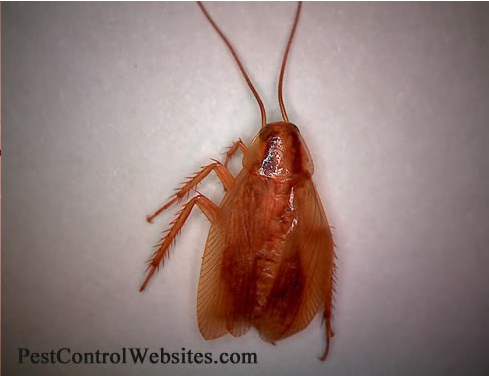